Dr. Kimberly Moore is a native of Abbeville, South Carolina. She is a graduate of Lander University in Greenwood, SC where she received her B.S. Degree in Business Administration. She is a graduate of Gardner-Webb School of Divinity where she received her Masters of Divinity degree in Pastoral Studies and a Doctor of Ministry degree in Pastoral Ministries. She is also a member of the Alpha Kappa Alpha Sorority, Inc.

Dr. Moore is the Senior Pastor of Emmanuel Missionary Baptist Church of Gastonia, NC. Her election to the office marks a historic event in Gaston County. Dr. Moore is the first female to serve as a Senior Pastor in the Gaston County Baptist Association. She gives God all the glory for the favor that is upon her life. She has a heart after God and He has given her to the church to serve as a messenger and an under-shepherd to His people.

Dr. Moore received her license to preach the gospel in August 1995 and was ordained a local minister in 2001. In 2004 she was ordained as an Elder in the Lord's church and in 2015 she was elevated to the office of Overseer. Over the years God has allowed her to connect with phenomenal men and women of God across the country of whom she has been fortunate to glean from their wisdom and grow by God's grace.

God has truly favored her ministry and caused her name to be spread abroad. She is a highly sought after minister of the Gospel who has been boldly proclaiming the Gospel of Jesus Christ with power and demonstration in church services, conferences and revivals across the United States and Internationally. Her unique style of preaching has reached beyond traditional barriers and touched the lives of many, clergy and laity alike. She has a heart for God's people and desires to see all saved, set free, and delivered. Because of this desire, she is the founder and CEO of Kimberly Moore Ministries, which is a non-profit, outreach ministry committed to ministering to and restoring the whole person through Destiny Empowerment Classes, Ministry Mentoring Sessions, and Regional Conferences. Through this ministry many have been empowered to excel and live victorious lives.

She is an anointed vessel whom God has appointed as a Pastor, anointed as an Evangelist, and trained as a Teacher to speak a Word of hope and healing to the hearts of mankind. Dr. Kimberly Moore is a woman who represents the Kingdom by demonstrating spiritual integrity, maturity, and excellence. She is one that has certainly been "called to the Kingdom for such a time as this!" 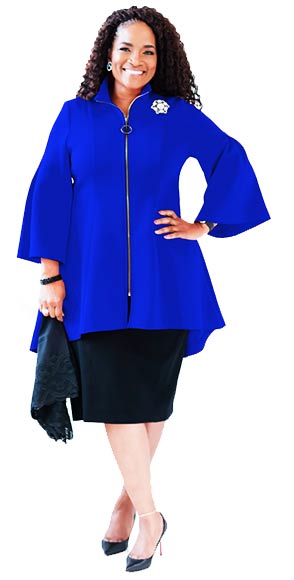